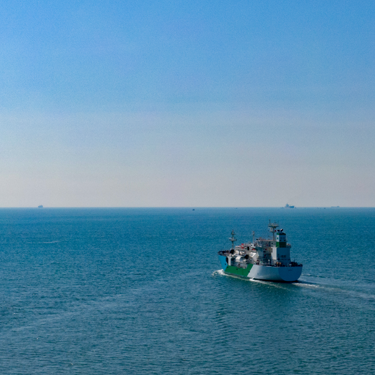 LNG is expected to become an important alternative to heavy fuel oil due to its low emission rate2 of air polluting substances and greenhouse gases, which will enable ships to meet increasingly stringent international regulations on emissions.

2Merits of LNG
Compared to heavy fuel oil, the use of LNG can reduce emissions of sulfur oxides (SOx) and particulate matter (PM) by approximately 100%, nitrogen oxides (NOx) by as much as 80%, and carbon dioxide (CO2) by approximately 30%.

3Ship-to-Ship Bunkering
A method of bunkering where an LNG Bunkering vessel comes alongside an LNG Fueled vessel to supply LNG at different locations such as along the quayside, pier or at anchor.